Dysart Woods is among the last of the .004 percent of old growth forest left in 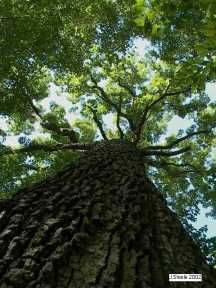 Ohio.  Ohio Valley Coal Company (OVCC) mined under the forest, though in a much more restricted manner than would have happened had the Dysart Defenders, Buckeye Forest Council and Ohio University not intervened with legal action over several years in the late 1990s and through 2004 (though OU sold out at the end).

OVCC would have longwall mined the entire forest, with devastating effects.  Mining was reduced to room and pillar, with larger pillars than normal, through eight legal appeals filed by Chad Kister, Dysart Defenders, the Buckeye Forest Council and Ohio University (who hired Kister until they sold out to the coal company, and Kister founded Dysart Defenders to continue the struggle to protect Dysart Woods)

Still, the mine voids need to be backfilled, before they collapse and damage the forest.  Some damage is inevitable, and OVCC needs to be held accountable for that damage in court.  Please send information about the impacts on Dysart Woods to ckister@chadkister.com

Dysart Woods is among the last .004 percent of remaining ancient forest in Ohio.  It is the most significant stand of mixed mesophytic virgin forest left in Ohio, and is among the most endangered ecosystem in the world.  Dysart Woods is owned by Ohio University and is a National Natural Landmark.  But Ohio Valley Coal Company has a pending permit to mine right under Dysart Woods.  Please join Dysart Defenders in our effort to save this ancient forest.

Dysart Defenders has two active appeals of the lands unsuitability for mining petition, and an appeal of OVCC's coal waste dump just upstream from the endangered Eastern Hellbender, America's largest aquatic salamander.  The waste dump is for coal OVCC wants to mine from under Dysart Woods.

From Columbus: take Interstate 70 East. Go to exit 208 (they follow the mile marker numbers) and take a right (south) on 149. Go about 5 miles until the road dead ends on 147/149. Take a left. Go to the little town of Belmont and take a right on 147 East. Go about 5 miles until you see the Dysart Woods sign on the right.  Follow the next sign to your right.  Next, go straight to the grassy parking area about a half mile down the narrow gravel road on your left.

The blue trail goes down from the parking area, loops around over the road to the red trail that is on the opposite side of the ridge top as the blue trail.  It can take some searching to find the trail head.